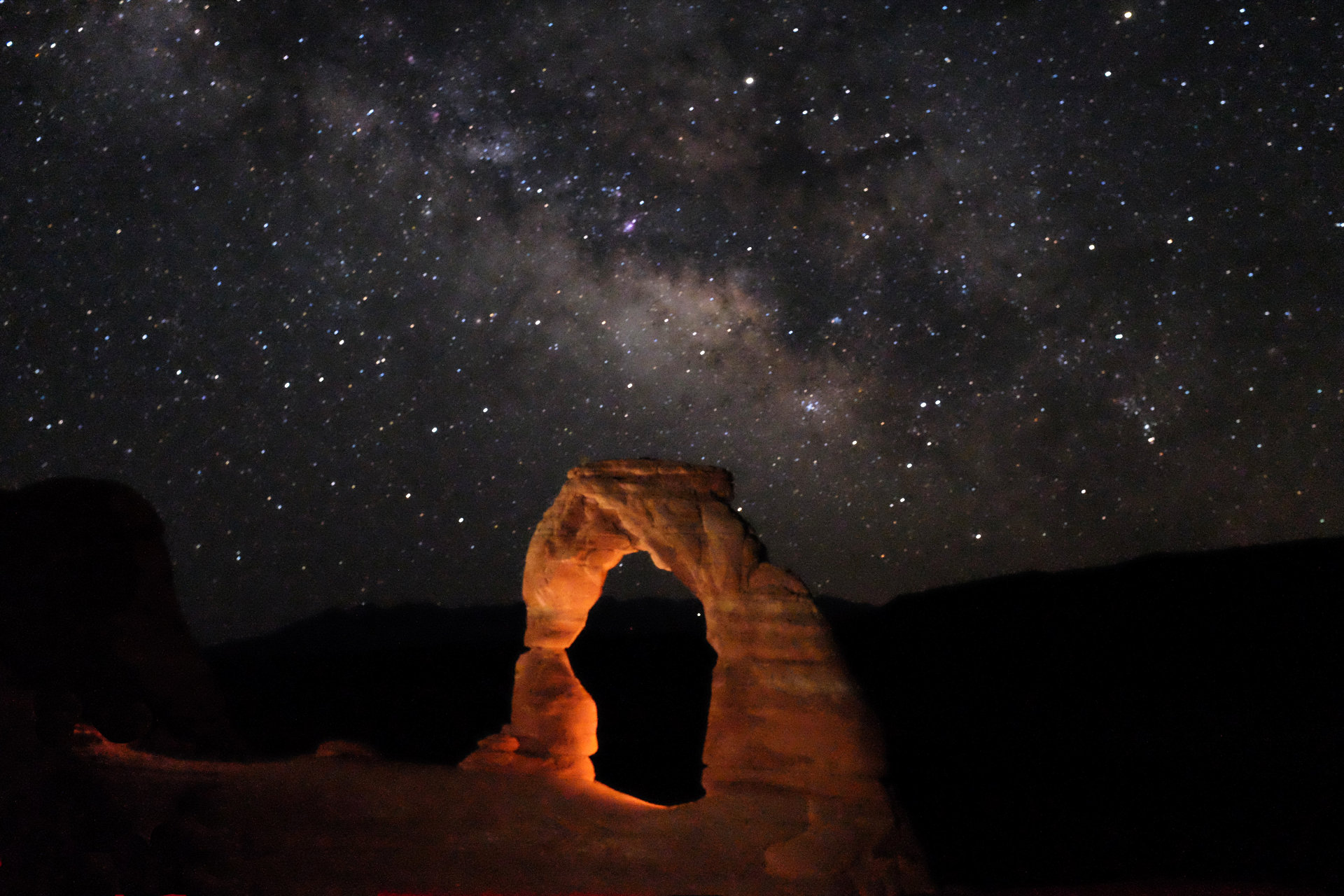 I arrived at the parking lot at around 6 in the afternoon. The trail was rated moderate and should take about an hour and a half, so I felt pretty good on time. I wanted to make it up by sunset. Though the light was low and hard angles by this time, it was still baking at 90 plus degrees.

I couldn’t totally escape the crowd either. There were unexpectedly large groups starting off when I did. I picked up my pace.

The clear path ended at the base of sheets of sliprock that stretched smoothly up the side of the hill. I depended now on cairns, a couple of signs, and a vague general sense of direction and momentum to figure out where the trail was.

A mile or so later, the arch came into view unceremoniously on the right. People sat around the steep basin and lined up to take pictures.

I climbed up a warm rock to lie on and waited for the sun to go down.

The stars came out. Someone played a novelty stringed instrument and added a bit of festivity.

Only a dozen or so people remained now, after dark, mostly with tripods and beeping timers. One set up a dim light at the base of the arch for long exposures. I wasn’t planning to take any night shots, but couldn’t pass up the nice opportunity.

I left around midnight. The air was perfect. I couldn’t see anything beyond the cone of my flashlight, which I swept and desperately fixed to the small, precious piles of rocks guiding me down. I lost the way only once, but that was scary as shit.