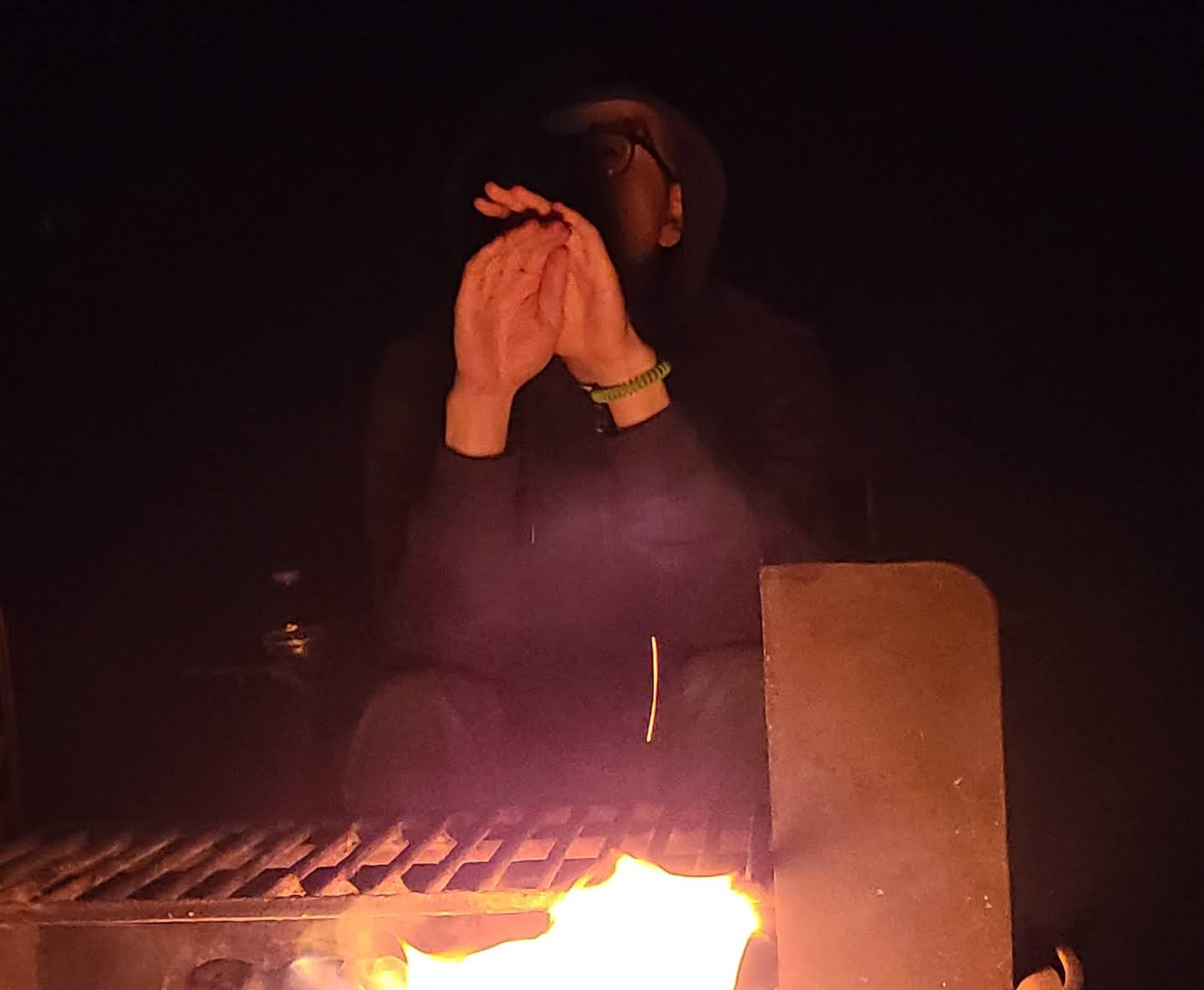 There was a teahouse on the side of the road, amidst some willow trees next to a river where the water looped away. An examee, dusty and parched, rushed over to the nearest open table and unloaded her books and scrolls stacked high on her back cart. She as quickly took off the bright white, starchy square brimmed cap that once proudly marked her student class, but now sagged and drooped from sweat. She mopped her forehead with it, and then wiped her dirt-caked face. She grimaced at the hat, now streaked and limp, and put it back on.

It was midday. Most of the tables in the yard were occupied. Woodcutters and trappers from nearby villages sat next to their bundles of wood and furs. Some fanning themselves and sipping tea, others chatting. She also saw several white square hats scattered in the crowd. One student held up a book in one hand while trying to eat with a spoon in the other. Another had covered the entire table with scrolls and was gulping tea straight from the pot.

Our examee, for one, wasn’t going to study at the table. She caught the eye of the proprietor, who set down a steaming pot of old black and took her order. Porridge and a side of grilled trout. She poured herself some tea in the small cup, and slowly took a sip. Hot. She tried not to think about tomorrow. It was the last round of exams, and either she passed or she didn’t. There was nothing more she could do at this point. Once she walked through the capital gates in the morning and stood before the civil board, her fate was out of her hands.

Or so she told herself. She took another sip.

So that’s as far as I got. I don’t know what happens next. It’s just a backdrop and wallpaper for an actual story. I like the setting and exploring the space. I wish I had enough patience, motivation, and attention to write. I’ve pretty much given up on novels and know I could only realistically dabble in short stories, that kind of end abruptly after three paragraphs.

Lately, I’ve been set even more in a waiting mode. I don’t know what I’m waiting for. Depends on if I move. That’ll be a huge change. I don’t know how that’s going to work. I really want a Mitsubishi Mirage, which is a meme to me, so I want it for disingenuous reasons, which are terrible reasons! I don’t know why I’m like this. I can take this joke all the way to actually paying for it. Getting a normal car is so boring to me, and not worth doing. There’s a super imbalance in value judgement somewhere in my mental equations.

I went camping this July 4th weekend. I got stung by a yellow jacket. It had gotten caught in my hoodie as I was walking to the bathroom in the early morning. I heard buzzing close to my head, and I swiped at it, and I knew I was doomed when the angry buzzing didn’t go away and I swiped again and then felt the stabbing needle pain on my palm. Fuck! I tried to take off my jacket and flailed, still not knowing where the wasp was, half running down the path, hand throbbing. I saw it on my hood, stuck there apparently. I stepped on it. I brushed the carcass off and held the hoodie out at arm’s length. Didn’t the body of a crushed wasp send off chemical signals to incite other wasps to swarm?

It didn’t, and I didn’t die from anaphylaxis. Vicky gave me some cream to put on the sting and a bandaid. It stopped hurting after a few hours. The end!