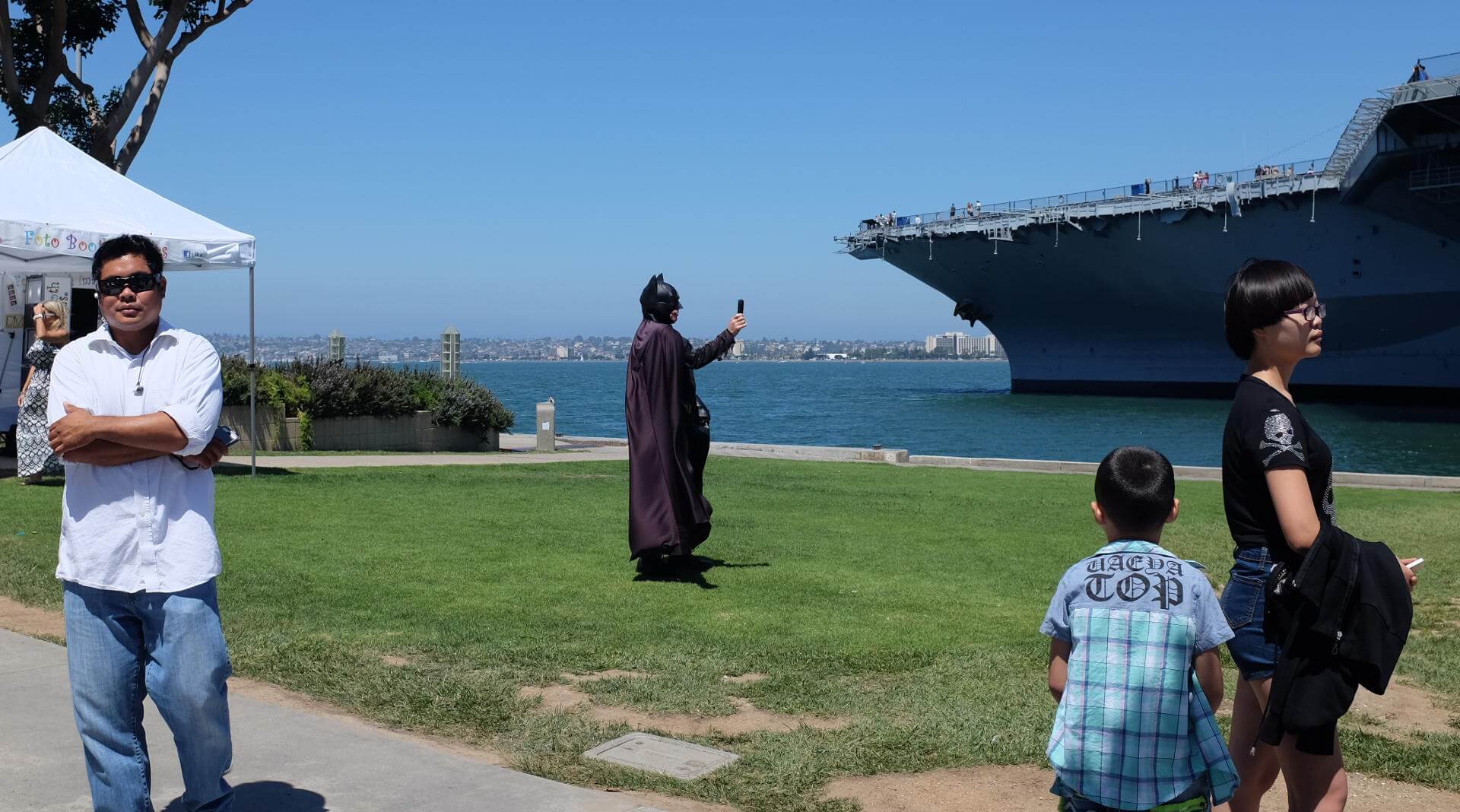 There is this annoying Muni driver on the N every morning who likes to talk a lot over the PA and call people “folks.” He’s being friendly and whatever, but I can’t stand his voice. The pitch and rhythm and irritating as ass cadence of it. I got it. He sounds like Duffman. It feels so good to put on earphones and drown him out. I literally smile when I can’t make out what he’s saying. I feel the same thrill when there are crazy people raving on the bus. Their lips can keep on smacking, but they have no power here har harhar.

If there is anything I am the complete opposite of, it’s the parking lot of a bar. It’s not a really good way to put it, but that’s what came to mind. It’s not even like hate—though it is hate—my whole body is so repulsed by bar parking lots on a cellular, no, sub-atomic level, that if I somehow do end up in a bar parking lot, me and the parking lot will cancel each other out and there would just be a big crater. Having lived across from one for almost two years, I am on the brink.

Why is it so hard to block out sound? You can close your eyes, and that’s that. You can breathe through your mouth and smell’s gone. You can just not touch stuff, and not lick things. But sound, almost impossible. Does our biology value hearing so much that we can’t turn it off?

The architect walked through what was left of the city, taking precise notes on the wreckage of each lot. People were already emerging from their bunkers and ruffling through the debris for usable belongings. She waited impatiently until they moved on—weary, downcast eyes—before she picked her way to the building’s foundation and inspected what had survived this round.

She cursed. Her new framing designs had done nothing. An entire side of the house had lifted from the foundation. She knelt and peered at the gap. She cursed again. The other side had separated too; she could see all the way through to daylight. She wiped her forehead and jotted down another angry mark.

At least there were still walls. On her first audit, there was nothing left. Just a scattering of foundation stones surrounding the bunker hatches.

Progress, the architect told herself as she crossed the street to the next block of destroyed houses, carefully treading her way around the broken pavement and loose dirt that fringed the deep gashes on the road.

Then she heard whistling. A bright, playful tune. On the other side of the road, standing on a mound of dirt, was a tall figure with a shovel. The shovel dug into the mound, lifted, and flung dirt into the hole in rhythm to the song. There was a bounce to the person’s movements that clashed harshly against the ruined city. The architect seethed.

“Ditch digger!” The architect called out, walking straight toward the dirt mound, unmindful of her footing.

The ditch digger changed her whistle to a high inquisitive note as the architect stormed up. “You talking to me?” she said. She jammed her shovel into the dirt and leaned against it.

“Yes, you, with the shovel,” the architect said.

“I’m no ditch digger. I fill ditches. Ditch filler,” the ditch filler said proudly, poking a thumb to her own chest.

“Same difference,” the architect said, annoyed. “I want to know, how can you whistle at a time like this? Rubble surrounds you!”

The ditch filler thought for a moment, then shrugged. “There are lots of holes,” she said, explaining to the poor simple architect. “There will be more tomorrow, I think. And I’m pretty good at filling them, if I do say so myself.” She beamed, and set back to work with her shovel.

The architect fell silent. The sun came out and flared out ahead of her just then, throwing the ditch filler into sharp relief as she swung her shovel, each drop of sweat bright, against the crumbling silhouettes of a fallen city.