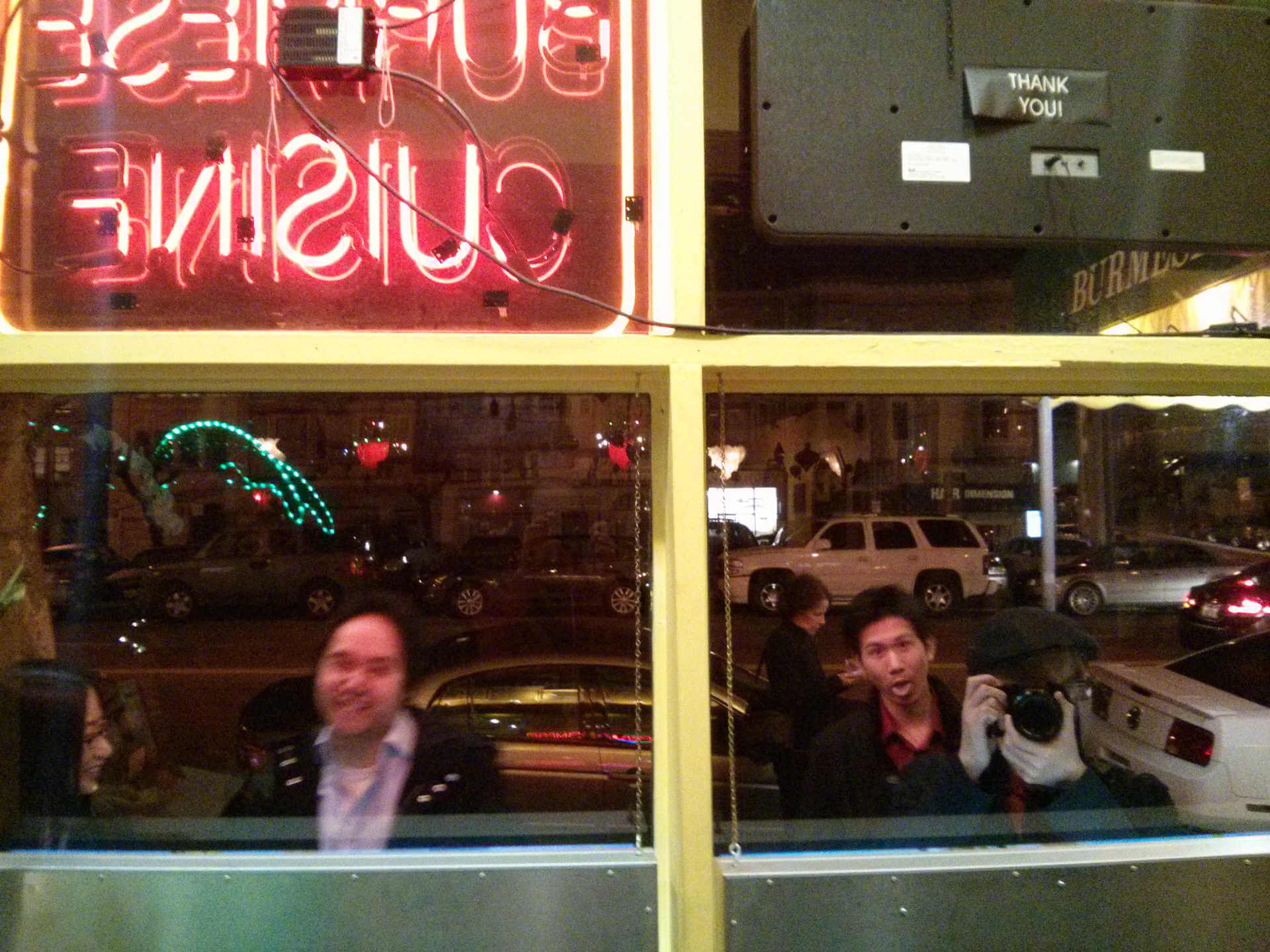 Figs are so good! And surprising. When you bite into them, skin and all, and you look, the insides are not what you would expect, or the taste.

I’m looking forward to seeing Mono at the Independent tomorrow. I have to remember to bring earplugs.

I lost my necklace. It really sucks since my parents gave it to me when I was six. I didn’t even know it was gone until I wanted to show it to someone and I reached up and—gone ;_; I reflexively said fuck. My sister had lost hers too.

I have trouble figuring out what I want to do. Do more web stuff, write, be an actuary?? Web stuff is from momentum and passivity, the other two are more deliberate. And I sure need some deliberation right about now. Writing is the dream, and might always be. Becoming an actuary is just random, kind of me grasping at something. It is an interesting option though. I can see a well-seated future there; it’s all about building on itself, and there’s a clear line of progression, and something accruing. I mean, you don’t dabble.

I have far more long-term plans than short-term ones, and I’m getting super impatient. I really want to fast forward twenty years and see what’s happened. Hopefully everything would have worked out and I would be retired. Maybe I would have finished my book.

This is definitely the wrong approach. The horizon-stare makes me hurry the days along when I really should be like, nose-down to the dirt, paying attention.

There is a way to slow time down that I read about. Time goes by fast when you’re surrounded by familiar things. It’s easier for the brain to process your surroundings when they’re the same old. It can basically skip those bits of reality and ignore their stimuli. It’s like video compression, where the parts that don’t change from frame to frame are reduced to a flat reference, some quick approximation, and most of the attention and rendering power go to the interesting pixels that change and differ.

To make time passing seem slower, then, and not compress, I need variety and lots of it. I need all my pixels to change.